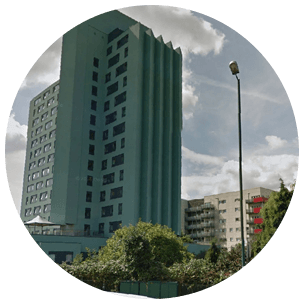 It is a district in the northwest of London. The area is 7.6 miles away from Charring Cross and within the London Borough of Brent. It uses the HA0 postcode area, and is in proximity to HA1, HA3, HA9, W5, NW10 and UB6. These areas contain such places as Harrow, Kenton, Belmont, Wembley, Ealing, Willesden, Church End, Harlesden and Greenford. Other nearby places include Sudbury, Tokyngton, Stonebridge, Park Royal, and Perivale. The Grand Union Canal was constructed in 1801 and has played an important part in town’s history. The area has two major roads running through it: the A4089 and the A4005, with B456 being another useful means of getting in and out of the area. There are several local tube stations in the area, allowing easy travel across London. The Grand Union Canal runs through the area and the Grand Union Walk was formerly an old towpath. Today it features a recreational facility. In more recent years, the area has become an industrial centre and many open-fronted stores can be found in Ealing Road. Among notable people who were born or who have lived here are John Roycroft, Gary Waddok, Joe Wiggins and Keith Moon.