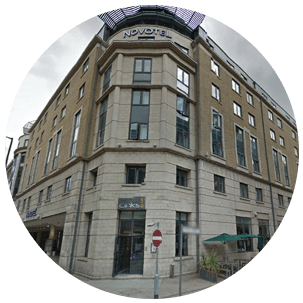 Think Bankside - for a Better Business!

Bankside has quite a lot going for it in terms of both residential and business space. There’s enough interesting sights, stories and conveniences for those looking for a new home, and plenty of business opportunities as well. Bankside is part of the London borough of Southwark, and is an urban development in the SE1 post code district. It is located on the southern bank of the River Thames, and is best known for being part of a business improvement district. This district is known as Better Bankside, and it does just that. The services and opportunities go from strength to strength! One of the more significant sights in the area is the Tate Modern - an art gallery which interestingly is based in the former Bankside Power Station. There’s a lot of culture to be had within its walls - there’s art pieces from the early 20th century onwards to be seen here, with enough content to satisfy even the most curious of patrons. The transport in Bankside has had a great deal of thought and innovation placed into it, rather fittingly. There are train stations all around, Blackfriars, London Bridge and Southward being the closest ones. There are also convenient pedestrian links aplenty, as well as cycle hire stations and even a Hydrogen powered bus. It just goes to show that forward thinking is very prevalent in Bankside.