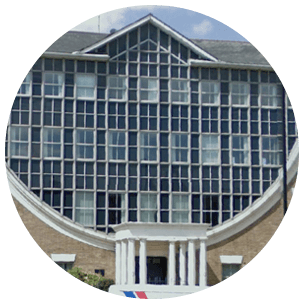 Bow is a residential area in east London that is 4.6 miles away from the central hub of Charing Cross. Part of the London Borough of Tower Hamlets, it encompasses the E3 and E14 postcode districts and is in zone 2 of London’s transport area. Served by two tube stops on the DLR, District and Hammersmith and City Lines, it is well-connected to the central areas and is close to Bromley-by-Bow, Old Ford, Mile End, West Ham and Stepney Green. Firmly part of London’s East End, it has property prices that are below the London average. But following some redevelopments it is now thought to be growing in popularity. The residential districts here include a mix of old high-rise council flats and attractive Victorian terraces which can offer relatively good value for money for city professionals. Despite having a number of shops, bars and restaurants, it is the traditional East End market on Roman Street which is well-known here and is a great place to bag a few bargains. Other interesting sights in and around the area include St Mary’s Church, Mile End Park and Victoria Park.