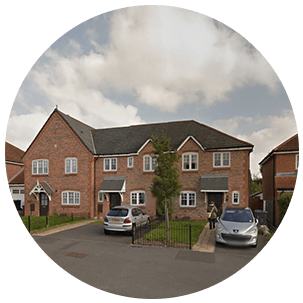 Buckland End and the Surrounding Area

Buckland End is an area of Birmingham, and it is part of the B34 postcode area along with Cole Hall Lane, Packington Avenue and Shard End Crescent. Until the eighteenth century the area was a hamlet called Bucknall End, and before then it was known as Bokenholt (which comes from the Old English ‘bocen ’ which means beech wood). To the east of the old hamlet was Far Buckland Field, which was one of the great open fields of Castle Bromwich. Sandham Grange is a modern housing development in Buckland End, which contains over 30 two-bedroomed flats.