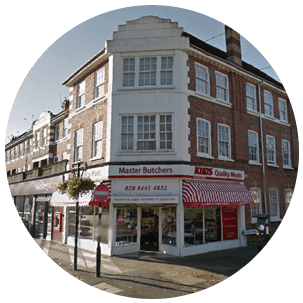 The north London suburb of Cockfosters is spread over the London Boroughs of Barnet and Enfield. The name Cockfosters has been traced back to 1524 and is said to derive from the Cock (Chief) Foster (Forester) who owned a piece of land there. Cockfosters underground station is the main tube station and is the terminus for the Picadilly Line. Oakwood tube station is also nearby. When Cockfosters underground station was first opened in 1933, many new streets were developed and new houses built. A shopping parade was built near the station, for instance, and the Cockfosters area spreads to the west towards New Barnet. Today Cockfosters has excellent facilities and is ideal for commuting to Central London. It is also in close proximity to pleasant open spaces such as Oak Wood and Oak Hill Park. Buildings of interest in the area include Trent Park which is a Grade II listed English country house. This is situated within Trent Country Park which includes countryside, farmland, a golf course and an equestrian centre. Major roads in the area are Cat Hill/ Bramley Road (A110) and Cockfosters Road/Chase Side (A111). Neighbouring areas include New Barnet, Oakleigh Park, Osidge, Hadley Wood, Oakwood and Southgate. Neighbouring postcodes around EN4 are EN5, Barnet, EN1, EN2 Enfield and EN6 Potters Bar.