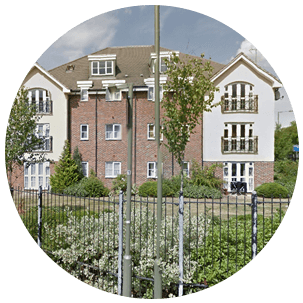 Colindale, the Home of History and Education

The area of Colindale is named after the Collin family who lived in the area during the 16th century. Today Colindale lies between two major roads, with the M1 to the east and the A5 Edgeware Road to the west. The district of Edgeware lies directly north of Colindale as does Burnt Oak. Kingsbury and Kenton are to the west, The Hyde, West Hendon and Brent Cross are to the south with Finchley to the east. Colindale is home to the Royal Air Force Museum, Barnet College and the Hendon Police College (The Peel Centre). Until 2013, it was also where you would find the British Library's newspaper depository. In recent times Colindale has been an area which has seen more redevelopment than many other places in London, particularly in terms of new housing in places such as Beaufort Park. Silk Stream Park is one of all the green spaces in the area. It's named after the Silk Stream brook, a tributary of the River Brent which runs through the district. Colindale tube station, on Colindale Avenue, is on the Edgware branch of the northern line. The local postcode is NW9 with surrounding postcodes including NW7, NW4, NW2 and NW10.