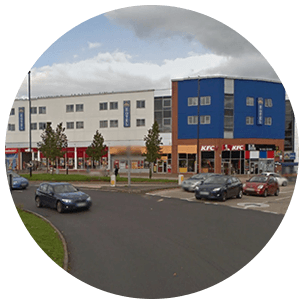 Things to Know about Druids Heath

Druids Heath is located in southern Birmingham, in the West Midlands country. It is situated west of the Maypole in the south-west part of the B14 postal region. Druids Heath is mostly known for the major council estate in Brandwood. This estate, designed to accommodate the growing population in the area, is situated on the former farmland of a local family who lived and worked there in 19th century. Areas near Druids Heath include Kings Norton and Kings Heath. Nowadays there are a few primary schools in the Druids Heath, plus The Baverstock Academy and St. Jude's RC Junior and Infant School. In the heart of the area you can visit the Druids Heath Library.