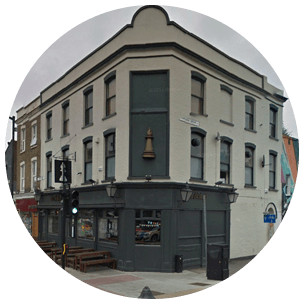 East Dulwich is a south east district in the London Borough of Southwark which lies in the postcode district of SE22. It forms the eastern part of Dulwich with Dulwich Wood, Dulwich Village and West Dulwich lying to its south and west. Historically, the suburban land was sold by Alleyn’s College to the council and was later redeveloped by Sir Charles Barry. Even as a quintessential London village, it stands out as a bustling neighbourhood that has a number of food shops, lively bars and good restaurants that make it very appealing to young couples. It also has some of the best private and state schools in the area and the East Dulwich community is great environment to bring up children in. Lordship Lane is the central hub of the area, with a number of boutiques, cafes, pubs, gastro-pubs and bars which means that one can enjoy a good night out without having to travel to central London. North Cross Road hosts a bustling street market on Saturdays that offers a lot of homemade and organic delicacies.  Fitness freaks and dog walkers can have easy access to Dulwich Park and Peckham Rye Park where aside from jogging and cycling, you can also indulge in go karting, boating or tennis. Trains connect East Dulwich to London Bridge whereas frequent buses service Waterloo, Victoria and London Bridge.