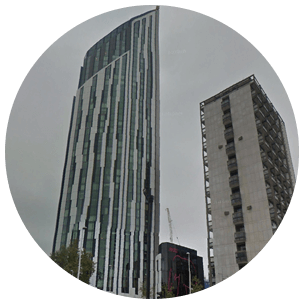 Life in Elephant and Castle

Elephant and Castle is a major road junction in Central London. Traffic runs through this area to all major parts of London and is a key transport hub spot with residential blocks too. It is also linked by two London Underground stations. There are some distinguishing landmarks there such as the London South Bank University Campus and the London College of Communication. Popular to locals and people from all over the country is the Ministry of Sound nightclub. Elephant and Castle has a good reputation for successful ethnic diversity and centrality. There are high quality restaurants in the area that is due to its close proximity to major areas of employment such as Westminster, the West End and the City. Restaurants in Elephant and Castle serve a variety of international cuisines such as Colombian and Chinese as well as seafood eating establishments. The shopping centre is a distinct landmark at Elephant and Castle due to its brightly coloured appearance. It is the centre of student life thanks to the two main universities in the area. Elephant and Castle also has excellent primary and secondary schools. It is also awaiting a massive redevelopment project to spruce the area up. However, property in the area is still expensive as it has increased in popularity as a desirable place to live.