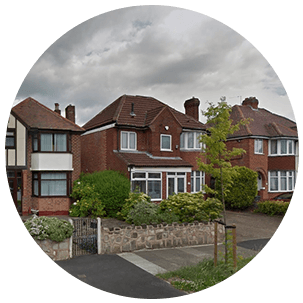 Exploring the Mystery of Gilbertstone

Gilbertstone is a residential area of Birmingham located on the border of South Yardley and Yardley. The area features Gilbertstone Primary School and the Gilbertstone Recreation Ground. What most visitors won’t know however is that the area has rich past and survived nightly bombing raids by the Luftwaffe during the worst days of World War II. But Gilbertstone is more than that, as legends say a man by the name of Gilbert lifted a giant stone to mark the borders between his property and his neighbour so he can gain more land. The stone in question, dated back to the last Ice Age is now kept in Blakesley Hall.