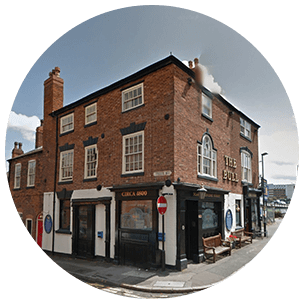 A predominantly industrial district in Birmingham, Gun Quarter is the cradle of the British gun manufacturing industry. For centuries, ever since the English Civil War, the district has been a world centre for firearm manufacturing, producing military as well as sporting guns. With the decline of the industry after WWII, a significant part of the factory buildings were demolished, with only a few like The Bull pub, where factory workers used to receive their payment, still standing today. Only a handful of small firearm traders and manufacturers remain in the Gun Quarter today and there are extensive redevelopment plans for the area. The Birmingham Gun Barrel Proof House is a local museum that houses a large collection of firearms and ammunitions.