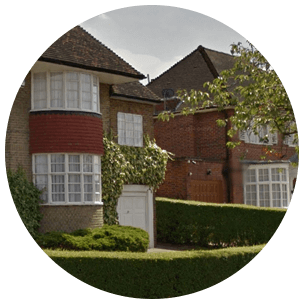 History of a Suburb

Hampstead Garden Suburb is an interesting example of town planning and social experiment. The area was thought up by Henrietta Barnett, a Gallery owner and champion of social mobility. She wanted an area with more greenery, no noise, and tree-lined streets. The area was ideologically based on its precursor, Letchworth Garden City, which had been a successful self-contained urban version. The land was bought from Eton College, the famous wealthy boarding school, and almost as if the area was haunted by it, the expansion of London, and a bourgeois interest in liberal social experiments has meant that house prices in the area have rocketed, making the area one of the most expensive parts of London. In this way it is not dissimilar to the Barbican, another ideological experiment, which is now similarly expensive and entirely privately-owned. The area is near to East Finitely and Golders Green tube stations for easy access to the city, and the proximity to Hampstead Heath means a great place to walk and enjoy the outdoors, as well as the bars and cafes of the upmarket area.