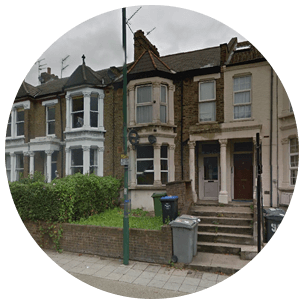 Harlesden is part of the London Borough of Brent, which lies in North West London. The area is therefore part of the NW10 post code, and borders on Willesden to the north, Kensall Green to the east, North Acton to the south and Stonebridge to the west. The area has a diverse variety of nationalities, but there is a large Caribbean contingent, with many Caribbean food and supply shops, as well as dedicated pubs and food outlets. The area borders on the industrial areas of Acton and park royal as well, which supplies a great deal of the employment for the area. The large scale warehousing around the area means that there is a lot of job prospects in this division, though there will also be residents that work in central London. The area has a surprising boxing heritage, having birthed two Olympic gold medalists, Audley Harrison and James Deangate. The area has its own tube stop, on the Bakerloo line, as well as being close to Willesden junction. Both give excellent access to the city, and areas further out by rail and tube.