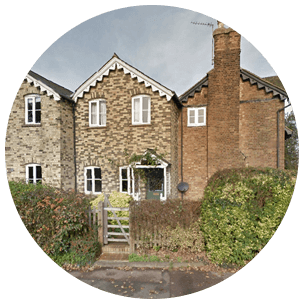 Havering-atte-Bower, based in the London Borough of Havering, located around 15 miles out of Charing Cross and on the Greater London border boundary of the M25. Being a village, it hosts places such as Bower House, Havering Palace, The Round House and Pyrgo Palace. The name stems from a name given to the place in 1066, which traditionally means Settlement of the followers of a man named Haffering. The name atte-Bower means a royal residence and refers to Havering Palace which is situated here. Situated on a high ground, it possesses excellent views into the heart of London. Transport is rather limited in this area, with the major public transport route to Romford Station and the other to Lakeside Shopping Centre. The village is surrounded by country side, with spectacular views of all the surrounding areas of Harold Hill and Collier Row. It is also surrounded by three large country parks which include Havering Country Park, Bedford Park and Pyrgo Park. Surrounding areas include Hornchurch, as well as Romford.