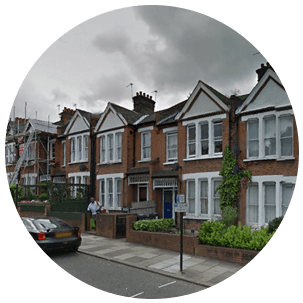 Herne Hill, a district in South East London, around 4 miles South of Charing Cross, is bordered and surrounded by Brixton, Denmark Hill, Dulwich, Streatham, Dulwich, West Dulwich, Loughborough Junction and Tulse Hill with a postcode of SE24. Overlapping the London Boroughs of both Lambeth and Southwark. Direct rail services from Herne Hill Railway Station that go to London Blackfriars, London Victoria, as well as St Pancras and Luton Airport. Herne Hill is served by a large amount of bus routes and two night bus routes. The area is home to Brocknell Park , Herne Hill Velodrome and the Church of St Paul. It has also been home to the world famous Carnegie Library since 1906 when a librarian granted permission from Andrew Carnegie. It has a range of independent shops, bars, art galleries and restaurants. Famous residents include John Ruskin, as well as Roddy McDowall. Herne Hill was part of manor of Milkwell, which existed from 1921 and was a mixture of farms and woodland until the late 18th century. According to history, Herne Hill was actually named Heron’s Hill due to the fact that the River Effra attracted a large number of Herons.