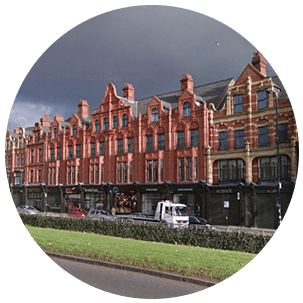 Highgate is located in Birmingham and is a district of Birmingham City Centre. One of the most famous or well-known buildings here is the Birmingham Central Mosque. It was finally opened in 1975 thanks to local donations. The area is filled with Victorian style buildings and commercial properties. Birmingham Sports Centre is also here and it is currently undergoing redevelopment. Highgate Park is another local attraction and was originally owned by Elizabeth Hollier and she donated the fields to charitable uses when she passed away. The fields were rented and the profits were used towards helping clothe poorer residents of the local area.