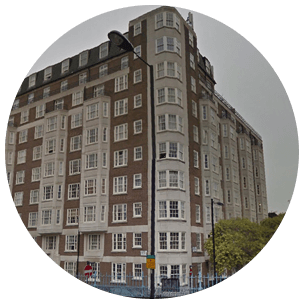 Lisson Grove the Trendy Place to Be

Lisson Grove is an area and a street of the city of Westminster located in north London. Its main postcodes are NW1 and NW8. Nowadays it is packed with many famous landmarks including Lord’s Cricket Ground in St John’s Wood, Paddington, Primrose Hill, Watling Street and Marylebone. There are also plenty of attractions here that draw in millions of visitors with Madam Tussaud's, London Planetarium and Regent Street. Lisson Grove was once one of London’s worst slums with crime and poverty dominating the area. But, as the 19th century arrived, the industrialisation of the region began to transform the area. The construction of Eyre’s Tunnel or Lisson Grove Tunnel on the Regent’s canal turned Lisson Grove from a rural location into a bustling and populated city. The main reason was it was a turning point for the easy transfer of goods, cargo and passengers. It expanded fast and made the links to other areas of the capital easier. On top of Regent’s canal are Marylebone and Paddington railway stations. The area is also known for its art and theatre. There is a wide choice of housing varying from flats, terraces to villas. It has ample facilities and entertainment.