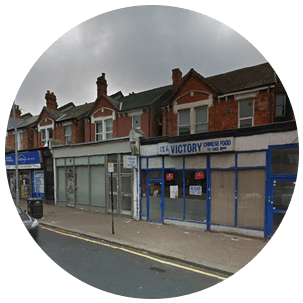 Enjoy Everything that Mitcham Has to Offer

Mitcham is a district situated in South West London. It is part of the London Borough of Merton and its postcode district is CR4. Nearby areas include Wimbledon, Streatham and Tooting, all of which have SW postcode districts. Mitcham is located on the border of inner and outer London and recent developments and urbanisation has meant that the area is now a modern hub of activity and part of a modern 21st Century London. Much of the area revolves around the town centre, common and the library. Surprisingly for a district in London, Mitcham has plenty of open spaces, parks and village greens. Mitcham Common Is spread out over 460 acres and can provide you with a beautiful walk along the many ponds and famous buildings located in the common. Buildings of note include the Canons and the Eagle House which was built in 1705 and formally owned by Sir Walter Raleigh. The area is well served by transport, mainly train stations such as the Mitcham Tram Station, Mitcham Junction Station and the recently developed Mitcham Eastfields Station, which runs Thameslink trains and Southern trains to and from areas such as Clapham Junction, St Albans and London Victoria.