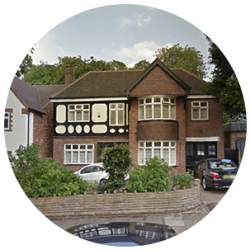 Take a Step Back Through the Streets of B13 Area

Moor Green in Moseley (not to be confused with Moor Green in Erdington) is a small area rich in archaeological discoveries. Bronze Age burnt mounds and Roman coins are among the finds recorded. Its medieval past is denoted by the former Moor Green Forge as well as a ridge and furrow found in Highbury Park. The Birmingham-Gloucester railway was one of the city’s earliest and ran through Highbury Park. Influential buildings of note included Moor Green Hall which was once home to Arthur Chamberlain, brother of Joseph, and was used as a military hospital during World War One.