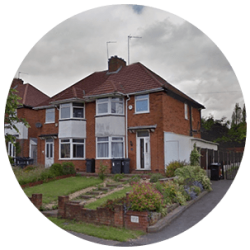 Ridgacre is part of Quinton in the west portion of Birmingham. It is near Harborne, Bartley Green, Black Country in Warley, with the M5 motorway separating it from Halesowen. Ridgacre is the old name of the east portion of today’s Quinton. Old Quinton contains the Christ Church, which has a spire that acts as Birmingham's highest point. Woodgate Valley Country Park is the largest open space in the area and the Bourne Brook passes through it. The population stands at around 23,000, with most people living in housing in the Ridgacre Estate. There are several schools and a library here, and two local football teams represent the area.