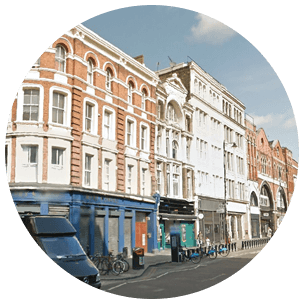 Things You Should Know About The Area

The mystery of Shoreditch is surprisingly not in the area itself, but actually within the name. Most don’t have any idea of where it came from, with the common myth, that it was originally named “Shore’s ditch”. The area is now a key element within Inner London and East London, but it was once considered an element within the outskirts. In 2014, Shoreditch (along with N1 and E1 postcodes) is known for its trendy and arty nature. The area is built around Shoreditch Church, Shoreditch High Street, Old Street, and Kingsland Road. It has housed many companies who led the second ‘dot-com’ boom, as Last.fm, Songkick, Dopplr, 7digital, and SocialGO have all found their homes in the area. Their prominence is so well-noted in furthering the presence of Shoreditch, UK Prime Minister David Cameron once dubbed it “Silicon Roundabout”. Within East London there are countless areas of creativity, but only one nucleus. Shoreditch is to East London what the West End is to Central London, and that is a huge compliment in its own right.