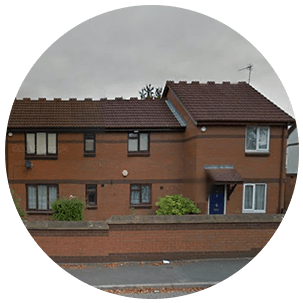 Stockfield is an area of Birmingham located in the B25 postcode area. Stockfield area was once one of the huge open fields of Tenchley. It was then known as Heyne Field. It lay between Wynford Road, Mansfield Road, Arden Road and Stockfield Road. There used to be a Stockfield Farm which was demolished in the 1930s for the widening of Stockfield Road. Until the 19th century the Stockfield Road was known as Rushall Lane. In the 1920s there was Council housing that was built along the road, but later on it was replaced. Neighbouring areas include Yardley, Sheldon, Acocks Green and Small Heath.