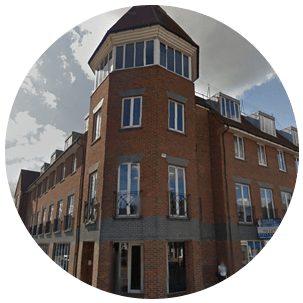 It is a town in South West London within the Borough of Sutton. It utilizes the SM1, SM2 and SM3 postcode areas, with SM4, SM5, SM6 SM7 and KT4 being nearby within Carshalton, Belmont, Cheam, Stoneleigh, Morden, Mictham and Rose Hill. The area dates back to Roman times and was recorded in the Domesday Book. The area had a wide range of owners over time, including Henry VIII and Charles II. The region soured in the mid 19th century with the opening of the railway. The area is home to many open spaces and a wide range of architectural types. Public art is common in the town centre. The area includes several large shopping centres and many stores, making retail a major feature of the area. Pubs, restaurants and bars are also abundant. There are several railway stations here and frequent bus services. Sutton United F.C. and Sutton Cricket Club represent the area in sport. Countless notable celebrities have called the area a home at one point or another, including Joan Armstrong, Noel Coward and Katie Melua. The Rolling Stones were founded and discovered here, with founder Ian Stewart also being born in the region.