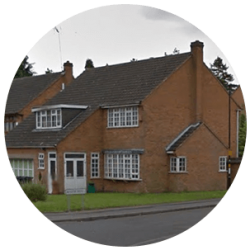 Once considered to be a part of Moseley, Birmingham and called with that name, a big chunk of the area was actually within the Greet sub-manor, inside the Yardley manor. This historical area is the home of Wake Green Road, along which one can witness the Moseley School, quite a few Phoenix prefabs, and four of the earliest 20th century houses. The area also houses J.R.R. Tolkien’s first house, located in a hamlet once known as Sarehole, right opposite a mill with the same name. Within the same area visitors can also see Moseley Bog, the local nature reserve. Neighbouring areas include Kings Heath, Moseley and Hall Green.