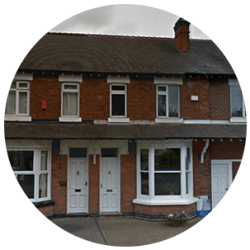 Walmley is located in the north eastern part of the West Midlands, in Sutton Coldfield and near popular areas such as Minworth, Erdington, Wylde Green, and Thimble End. It is a prominent area of Sutton Coldfield despite still being a rural village for much of the centuries after its creation. Its biggest development was after the Second World War, when many new housing estates saw first light and the area became a suburban one. Today, there you can see New Hall Manor, the Walmley Village shopping parade, the popular Walmley House, and the beautiful 15th century house, Wincelle.