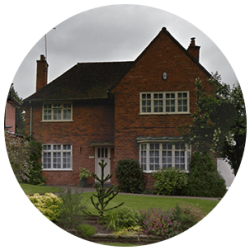 Situated partly in Bournville close to Selly Oak in Birmingham, Weoley Hill is a highly desirable place due to the large amounts of greenery, open spaces and large Victorian houses. Due to the large number of parks, it’s unsurprising that the area’s home to plenty of sport’s clubs, with there being plenty of interest in cricket and tennis amongst the local community. The model village of Bournville is also in the vicinity, famous because of its connections with the world-famous Cadbury family. Selly Oak railway station is also close by, making the area popular amongst those who commute to the city. Church of Our Lady and St Rose of Lima and Weoley Hill United Reform Church are local to the area.