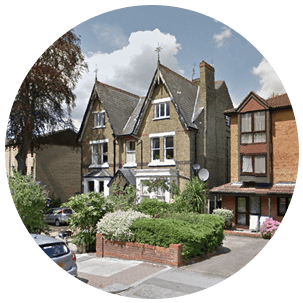 What can you find in the area?

Woodside Park is an area in the North of Greater London. It lies in the London Borough of Barnet, as a part of the postal area N12. It sits amongst areas like Whetstone, Mill Hill, Finitely and Brunswick Park. The region is accessible via the Woodside Park tube station which is on the Northern Line and gives excellent links to the rest of the city. It also gives direct access to Kings Cross, Euston and London Bridge, which all give access to the rest of the United Kingdom through railway links. As a firmly suburban area in the region of North London, Woodside Park is not hugely commercial and is almost entirely residential. However, there are a few local amenities that cater for the residents. The southern part of the area is known as the Woodside Park Garden Suburb and was designed in the 1920s by Fred Ingram. Spike Milligan was a notable resident from 1955 to 1974.