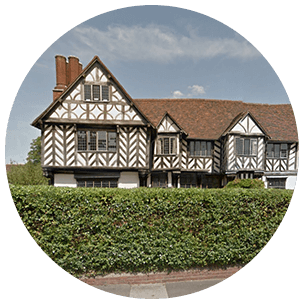 Yardley is located in east Birmingham, and is covered by the B25 and B26 postcodes. It is well-known for its shopping opportunities, with both the Yew Tree shopping area and the Swan Shopping Centre attracting many people every day. The area has a rich an interesting history, with many of its buildings dating back as far as the 13th century. Both the Blackesley Hall and the St Edburgha’s church herald from this period and have stunning and traditional architecture. The nearest railway station to Yardley is the Stechford station, though the area is also well served by both tram and bus.