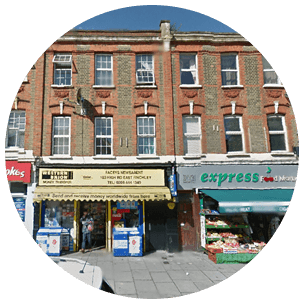 East Finchley in north London lies in the London Borough of Barnet and is geographically separated from the rest of Finchley. Historically, most of East Finchley was formerly known as Finchley Common and was the Bishop of London’s hunting grounds. A road constructed by the bishop weaved through several existing landmarks in the area such as the Market Place, The Walks, King Street and Oak Lane. Some of the famous pubs along the lane – The Five Bells, The Bald Faced Stag, The White Lion – were set up in the 15th century to serve as rest houses for travellers who used the Bishop’s road. East Finchley tube station is served by the northern line from Morden and there are several bus routes that operate in the area as well. Architecture in the region varies between 19th century terraced housings and more modern council estates, large houses on Bishop’s Avenue for millions of pounds. There are several outstanding primary and secondary schools in the vicinity too, making it very attractive for young families. The High Road caters to almost all of your needs, from a variety of eateries serving different cuisines to a library, cinema and music shop.