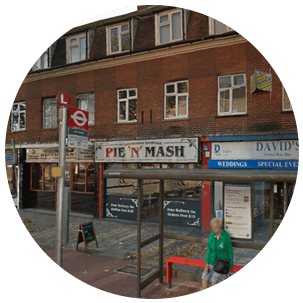 Elm Park, in the suburban district of east London, falls under the London Borough of Havering and covers the postcode district of RM12. Before 1930, when the Elm Park Garden City was developed, Elm Park was mostly a scattered settlement of farms in the south of the Hornchurch parish. The district line of the Underground rail service connects Elm Park tube station to central London. A number of London buses also service nearby Romford, Rainham and Hornchurch. Elm Park offers a number of open spaces in the area which include Harrow Lodge Park, Brettons Park,Hornchurch Country Park, and Eastbrookend Country Park. Most of the houses here are modest terraced houses.Although there have been proposals for future housing developments it is yet unsure whether those plans will take fruit. The town centre has a number of shops and stalls which extend along Station Parade, Tadworth Parade and continue along Elm Park Avenue and St. Nicholas Avenue. There is a number of takeaways, cafes and restaurants in the town centre as well as the rest of the area. Elm Park provides peaceful living to its residents, most of whom are middle aged.