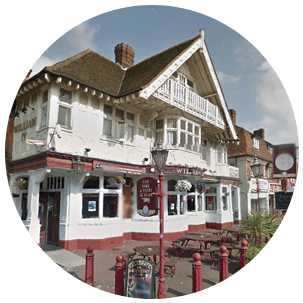 Elmers End lies in south east London in the Borough of Bromley. Covering the postcode district of BR3, it is bordered by the Borough of Croydon. One of the theories about how this place got its name is the existence of a notorious highwayman called Elmer who was hung at the crossroads. Another theory, which is probably more true, is that there were a lot of elm trees in the area and the present name has somehow derived from that of the prevalent ‘elms’. Elmers End station is served by trains from London Charing Cross and Hayes, Bromley as well as by trams from Croydon. Avenue Road, Birkbeck, as Harrington Road and Arena are some of the other areas also linked by trams. Elmers End has a more provincial look than the central city and not much excitement to offer. But nevertheless, the area has a number of good primary and secondary schools and offers a peaceful environment with low crime rates, so most people who move there deem it suitable to bring up a family.  The population now is much older and there are very few young families living in this region.