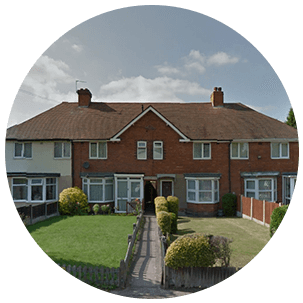 Bromford is situated in Birmingham, between Hodge Hill, Alum Rock, Ward End, Shard End, Stretchford, Washwood Heath and Tyburn. It is a primarily industrial area that lies on the River Tame, close to the Birmingham and Fazeley Canal. The name of the district derives from the abundance of broom shrubs. The area is served by Bromford Bridge railway station between 1898 and 1965, after the Bromford Bridge Racecourse was closed. The M6 motorway passes through the neighbourhood, with the Gravelly Hill interchange (also known as Spaghetti Junction)being about 1.5 miles away from the district.