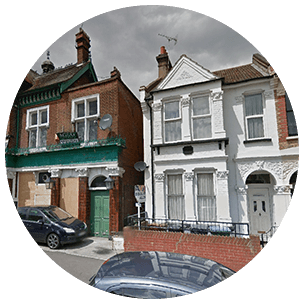 Learn a Little about Cann Hall

Cann Hall is a small ward in the London Borough of Waltham Forest. The area is located near Central London, just north-east of Charring Cross. It is close by to Stratford, Forest Gate, Leyton, Wanstead Flats and Epping Forest. The nearest underground station is in Leytonstone and there are several railway stations nearby. The area was listed in the Domesday Book under the landowner Hugh de Montfort. Cann Hall would originally just be a cottage, barns and farmland but over time new buildings were erected and the ward grew. Today, most of the homes are early 20th and late 19th and century terraced housing.