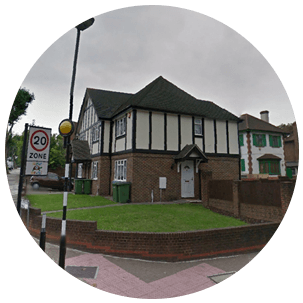 Charlton is largely residential area in the south-east of London, just south of the Thames. It's a part of the London borough of Greenwich and the SE7 postcode includes the famous Thames Barrier on the Thames. With the Thames to the north, other postcodes which surround SE7 are SE3, SE10 and SE18. Nearby areas include Kidbrooke, Shooter's Hill, Woolwich, Maze Hill, Blackheath and Silvertown. Charlton has a noticeable diverse range of architecture styles in the area which reflects how the area has been built up over different times. Apart from the residential areas, the part of Charlton known as Charlton Riverside has been a significant district in terms of heavy industry since Victorian times. There are a number of parks in the area such as Maryon Park and Charlton Park. Charlton Park is home to Charlton house, reputed to be a fine example of Jacobean architecture. It also has a number of gardens such as a pond garden and Japenese-style herb garden. There are a number of streets in Charlton named after famous places such as Kashmir Road and Canberra Road. Charlton Railway Station has trains to London Cannon St, Charing Cross via Lewisham, Slade Green as well as Dartford and Gillingham in Kent.