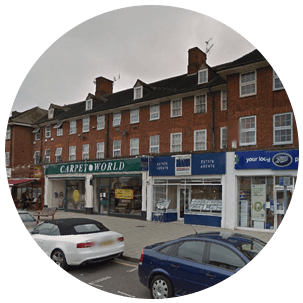 Chessington, a Suburb of Adventures

Situated within Greater London, Chessington is in the Royal Borough of Kingston upon Thames. Originally known as Cisendone ‘the hill of a man named Cissa', the area was mentioned in the Domesday book. Nowadays Chessington is most famous for its Chessington World of Adventures which incorporates Chessington Zoo first opened in 1931. The theme park itself first opened in 1987 and is the only full-scale theme park inside Greater London. The centre of the suburb Chessington is generally referred to as Hook. In addition, other parts of the district are often referred to as either Chessington North, Chessington South and Southborough. The areas north and south are those associated around either Chessington North Railway Station or Chessington South railway station. Both stations have trains to London Waterloo with the journey taking approximately 35 minutes.  Other places of interest around Chessington include Hinchley Wood, Tolworth, Claygate, Esher, Ewell, Epsom, Malden Rushett and Surbition.  In addition to Chessington's postcode of KT9, postcodes which surround the district include KT6, KT10, KT22, KT4, KT5 and KT6. Main roads in the area include Bridge Road, Hook Road, Garrison Lane and Leatherhead Road. The A3 Hook Road passes to the north and east with the M25 situated not far to the south-west.