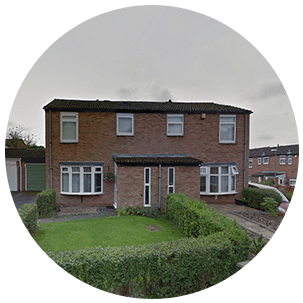 There are two places known as Hawkesley. The one is located at Turves Green. The other place is at West Heath. Both places are in the manor of Kings Norton. In the B31 area you can see the Hawkesley House. It is also known as the Great Hawkesley Farm. The building is protected as a Scheduled Ancient Monument. Hawkesley Hall moated site is a public open space. There had been some council building in the B38 area in the 1950s but it was still a largely rural area until 1972. At the beginning of the 21st century there has been made a plan to improve the conditions in the area.