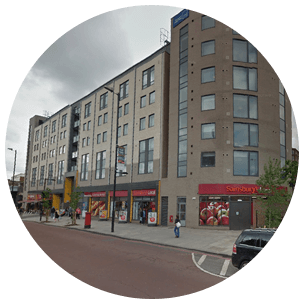 Holloway, based in Inner City London, is situated in the London Borough of Islington and comes under the postcode of N7. This area is multi-cultural and diverse, being one of the most densely populated areas in London. Situated by around 3.8 miles from Charing Cross, it is home to Arsenal Football Club Stadium. The closest areas to Holloway are Arsenal, Finsbury Park, Islington, Tufnell Park, Kentish Town and Camden Town. In addition it enjoys some of the best transport links with the nearest stations - Caledonian Road, Archway and Holloway Road. The nearest overground stations Camden Road, Highbury and Islington, as well as Upper Holloway. Arsenal Stadium is the 3rd largest after Wembley Park Stadium and Twickenham Stadium. Next to Holloway Road, is the Northern Part of the Campus of London Metropolitan University. The area is home to many people who are busy in the media and the arts spheres, as well as being a hotspot for many Graffiti artists in London.