The garden can soon become a site when the waste debris builds up. Though it is easy to recycle certain waste some garden waste can be trickier to get rid of. Nowadays there are many restrictions of tipping and dumping your waste, so for large amounts of rubbish, hire a reputable Limehouse rubbish clearance company. Handy Rubbish can deal with garden, garage clearance and more, just contact us and ask for more information.

Our trained employees are experts at getting rid of garden waste, so leave it to us. We will collect and remove it swiftly and save you the trouble. Clearing garden rubbish can be left to our E14 rubbish disposal company, and we will recycle most of it carefully. If you have a clear up in the shed or garage, it is likely to be toxic with pesticides, paints, oil, car batteries etc. So make sure you have mentioned that for us to know what permits are required to dispose of in the best way. Our reputable company is registered and will provide you with expert waste removal in E14, so call us now 020 3540 8282.

Limehouse Rubbish Clearance Will Remove All of Your Waste Efficiently

If you have rubbish that you can’t dump in the normal way, then you need to look at a professional clearance firm. We are the best rubbish clearance in Limehouse, and can deal with all of your waste from electrical appliances, commercial clearance, building materials to domestic rubbish. Nothing is too much for us, we can do all or just a part E14 waste disposal service. We will call and remove the entire load safely, and using the correct procedures. We are aware that there are special measures to follow and you can rely on us to sort this. We reduce the stress and make it a positive experience.

Help Is at Hand with All of Your Waste, Get the Cheapest Rubbish Removal in E14

We are on hand to help in all situations. You can trust us to get rid of almost any rubbish in your home, office or garden, and in an environment-friendly method. We offer waste collection in E14, Limehouse for more than 10 years and know exactly what to do, so don’t waste time and get in touch with us. Our team will do all of the work at an affordable cost. We can arrange for our representative to call and give you a quote. Or call for more information about our waste clearance in Limehouse now 020 3540 8282.

The full house clearance was completed in Limehouse E14 without issue. It was speedy and professional service.

The builders waste removal job in Limehouse was handled very professionally. They arrived bang on time and certainly knew what they were doing. I left them to it and returned to find a junk-free front garden.

The back garden of my elderly parents' flat was getting quite messy. I hired this waste collection to haul away all of the rubbish. They were cheap and did a great job in E14.

One of my tenants moved out. I needed a rubbish removal team to do a junk clearance in Limehouse E14. This place was highly recommended by a friend. They were great. Affordable and quick. I would absolutely use them again.

I recently hired Handy Rubbish to tackle a rubbish removal job in Limehouse, and I couldn't have been happier with the service. The job was completed quickly, efficiently and professionally. I got everything cleared for a great price too. It was just the perfect service.

I was able to get builders waste removal in E14 sorted for a great price. The service was cheap with this company. It baffles me why others in the area don't use their services, opt for skip hire instead! They must have money to burn.

Booked Handy Rubbish last week for a regular garden waste clearance task in Limehouse E14. They did pretty well, I might add.

Handy Rubbish is, without a doubt, a cut above the rest in Limehouse. They are highly skilled at their waste removal services.

With their low rates, I did not expect Handy Rubbish in Limehouse to do as good of a job as they did. They got the waste removal done incredibly fast and were very polite. I would absolutely use their services again.

All things considered, I had a rather good rubbish clearance experience here. They were booked to remove some excess branches here in Limehouse E14. When they left, we were able to set up our kids' play pool! Thank you!

I would absolutely hire Handy Rubbish again. The guys were terrific. Came straight out to my rental flat in Limehouse E14 and did the job amazingly fast. Best waste removal service in the entire area.

Recently started converting our loft in Limehouse. Never thought it would make such a mess! Had to think about an urgent waste removal once the second skip started to overflow. Handy Rubbish offered me a quote right away, and had it all cleared the next morning. Very impressive.

I came across Handy Rubbish when trying to find a reasonably priced rubbish removal service in Limehouse. Every other company had quoted eye-watering amounts for very little service! Fantastic price and service!

Used their same day rubbish removal service in Limehouse E14 and got just what I expected. The price was cheap and the service was efficient and fast. 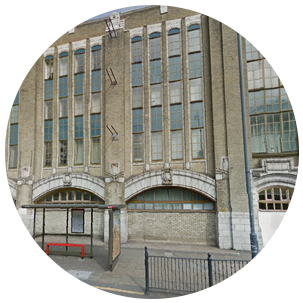 Nestled within the east of England’s capital city of London, Limehouse is part of the Borough of Tower Hamlets on the River Thames’ Northern bank. Its post code district is E14 and Limehouse has borders with Rotherhithe, Ratcliff and Millwall. The area gets its name from the lime kilns along the Thames which were the main providers for the local potteries dating back as far as 1356. Limehouse is served very well by its efficient public transport, which includes regular busses and trains. From there one can reach other parts of London with links to the rest of the country. One of the main attractions of Limehouse has to be the Limehouse Basin Marina. The marina is set back slightly from the Thames and it can house up to 90 vessels including cruisers. This area is said to be one of the calmest areas of London and a great and starting point to tour the whole city. The road system in Limehouse is typical of London, so it is very busy for most of the time. The main road through the district is the A13 which passes by Limehouse Train Station.