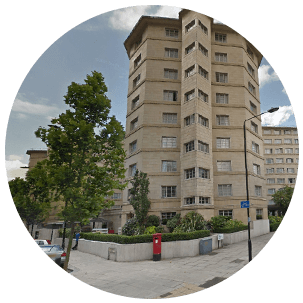 Longford is Truly the Place to Be

Longford is a small town located in the London Borough of Hillingdon. Its postcode district is UB7. Surrounding areas include West Drayton in the urban district of Middlesex, also of the postcode UB7. Despite the area being situated in the North West and within a short vicinity of Heathrow airport, it is surprisingly quiet and calm and is not affected by the noise and transport of the UK’s largest airport. The area still maintains a village with some amazing grade two listed buildings and old buildings such as the Queen River Cottage. If a family day out is what you’re after, take a walk over the 17th century built bridge along the Longford river, and quench your thirst or stop for some lunch at the well-renowned King Henry’s public house. Living in this district will truly seem as if you’re a world away from the centre of the city, but transport amenities are a plenty, with major roads such as the M4, busses and train services connecting the area to the rest of the city. Commuting into Central London won’t be a problem with Charing Cross about 15 miles away, and you’ll be home in time to enjoy everything that the area has to offer.