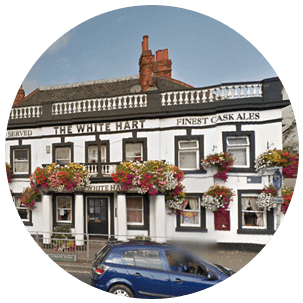 Morden is situated about 8 miles away from Central London and is part of the London Borough of Merton. Its postcode district is SM4. Nearby areas include Wimbledon, Colliers Wood, and Sutton, all of which are in South London and have SM or SW postcode districts. Despite urban development projects occurring over the last few decades, Morden still retains much of its architectural heritage and has a number of notable buildings, known for their iconic features and status in London. People flock to Morden from all over Europe in order to see the Bait’ul Futuh Mosque which is the largest in Western Europe and plays host to the large Muslim community in the UK. The national trust Morden Hall Park is another key feature of the area. Located next to the town centre and the Underground Station, the park is spread out over 125 acres and makes for a fantastic walk, with beautiful buildings, ponds and bridges situated in the vicinity. Morden Underground Station is the main route of transport for those in Morden and can get you to Charing Cross in a little under half an hour.