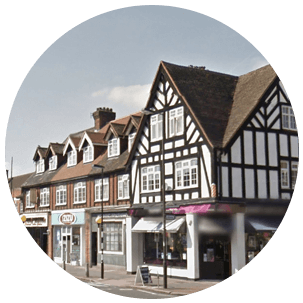 Make it Count in the Area

Motspur Park, also known as West Barnes, is a district situated in South West London.  The area falls within the London Boroughs of Merton and Kingston upon Thames and its postcode district is KT3. Nearby areas include Maldon, Morden, Merton and Wimbledon.  Motspur Park became a developed suburban area of London due to numerous urbanisation projects that were carried out throughout the 1900s. But the area has still managed to maintain some of its old architectural heritage, such as the Earl Beatty Pub which is still standing from the First World War.  If you’re into sport and keeping fit, then Motspur Park is definitely the place for you. The area is home to a number of sports pitches and playing fields, such as the Old Blues Rugby Club playing fields, the University of London Athletics Ground and the pitches of Motspur Park Football Club to name a few.  Motspur Park Railway Station, which actually gave the area it’s name, is the main method of transportation for its residents.  Served by the National Rail Service, the station runs a regular train service to London stations such as Waterloo, which is only about 25 minutes away.