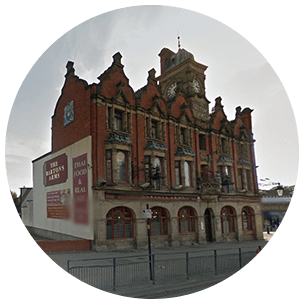 Newtown, commonly referred to as Aston New Town, is situated just to the north of Birmingham’s city centre. A project once took place in Newton, a project to construct sixteen tower blocks, many of which are still standing today and dominate much of Birmingham’s skyline. There are a few points of interest in Newtown. The Elbow Room is an iconic nightclub, now mainly frequented by students from the local university. The Drum arts centre has also put Newtown on the map – the UK’s national centre for Black British and British Asian arts. Other points of interest include Aston Hippodrome, and The Bartons Arms.