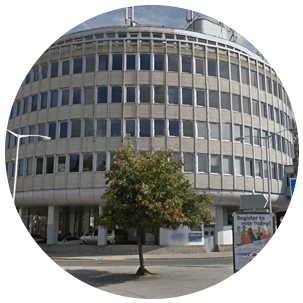 Set in South London, in the Borough of Croydon, Purley is a mainly residential area that grew massively in the 1920’s and 30’s, supplying housing that was needed. Purley is in the postcode district CR8 and nearby places include Kenley, Banstead, Selsdon and Riddlesdown. Nearby postcode districts include CR3, SM2, CR2 and SM6. Purley is on the London to Brighton railway line and can be accessed by two stations on this line. It can also be reached by a station on the Tattenham Corner Line. It is near to both Motorways and London airports, making Purley and extremely accessible place. At one time, Purley had a bustling shopping life with many independent stores, but since the opening of a superstore in the area, that has changed to bars and restaurants to serve the area. Notable people who live in Purley include Bucks Fizz, singer Jay Aston, footballer Andy Frampton, actor Nigel Harman and survivalist Ray Mears. Alongside this, Purley has also been famous in fiction, particularly as the setting for the sitcom Terry and June.