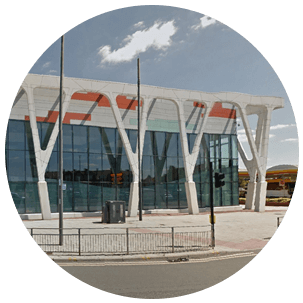 Rush Green lies on the boundary of the London Borough of Barking and Dagenham and the London Borough of Havering. It is a suburban area and is in East London. It is in the postcode district RM7 and surrounding areas include Beacontree, Chadwell Heath, Hornchurch and Upminster. Nearby postcode districts include RM10, RM6, RM11 and RM13. The centre of Rush Green, which lies in the Havering Borough, is only half a mile south of Romford, making it easily accessible for shops and businesses and so on. Rush Green’s housing estates and college lie in the Borough of Barking and Dagenham, so the area really is spread over the boundary. The area is accessible by two railway stations, depending on the area that you are trying to get to, but as it is a suburban area, there are not many attractions here, as there are in other more metropolitan and cultural boroughs.