Don’t put off your rubbish collection and let Handy Rubbish do this for you. Arriving at your property at a time that is most convenient to you, our TW14 waste disposal team will make sure your waste is gone in no time at all. We’re so efficient at what we do that you’ll wonder why you hadn’t called us sooner! Whatever the scale of your East Bedfont waste removal needs, we’ll be able to take care of them. So get in touch with our team today on 020 3540 8282 to discuss which of our solutions is best for you. We’ll offer you the best pricing in the area – guaranteed.

There are many different types of rubbish removal TW14 services available, so how do you know which one is going to be best for you? With Handy Rubbish we offer a detailed breakdown of our services so we can advise which the right one for you is. With services including house clearance jobs and builders waste disposal, we can make certain that the right equipment, vehicles and staff arrive on-site to deal with your waste collection TW14 East Bedfont effectively. Once they’ve collected your waste they’ll take it to a local recycling facility where any waste that can be recycled will be. Ensure that your waste isn’t adding to landfill site problems.

Achieving a successful rubbish disposal in East Bedfont requires skills and expertise, which is why we hire staff who has years of experience in this field. That way, any potential issues or difficulties with your junk removal can be dealt with promptly and with all of the necessary equipment. We also provide regular training courses to our staff so their skills are constantly enhanced and utilised to the highest of standards. We’re dedicated to providing the most cost-effective rubbish clearance in TW14, so you’re guaranteed a service that meets your expectations. Simply call us on 020 3540 8282 to talk to our friendly customer service team and to receive a free quotation. In case you need to reschedule the collection you can cancel anytime.

List of services we provide in East Bedfont, TW14

We guarantee all of our customers the best prices in East Bedfont and we can do this because we offer professional and quality services. Whether you’re booking us for a garden waste clearance or you need a general waste clearance East Bedfont, TW14 carrying out, you’ll receive an impeccable service at an affordable price. We never add any costs on at the end, so you needn’t worry about additional charges cropping up along the way. Our staff in TW14 will be on-hand at all stages of the process too, so you can be assured that if you have any questions or queries, they’ll be dealt with straight away. If this sounds like just what you need, contact us on 020 3540 8282 today.

The waste disposal team from Handy Rubbish were fantastic to deal with. I enjoyed having them come around to East Bedfont, and that's something I never thought I'd say! Should I ever need to, I'll certainly use them again.

I'm so glad I hired them for builders waste removal in East Bedfont as opposed to sorting out skip hire. The junk was removed very quickly. It was a speedy and professional solution to my clearance needs.

Communication was good, and they carried out the rubbish clearance service just as I'd asked. Thankfully, they didn't leave any waste and or residual mess, didn't create more problems for me in TW14.

I've got a rather larger garden, and so garden waste is inevitable. Whenever the summer months come around and I spruce up my garden, there's always plenty of green waste that needs to be chucked away, bags and bags of grass, leaves and soil. When it's this time of year, I always call Handy Rubbish to make it happen. I've called them out to TW14 many times over the years, and they always do a terrific job handling garden waste disposal.

Absolutely the best when it comes to basement clearance! Handy Rubbish is a local rubbish removals firm in East Bedfont that gave me a really good deal.

I am very happy with their team. They did a garden waste removal at my TW14 home. The yard looks fabulous, and they have very affordable rates.

I have used the rubbish removal services from Handy Rubbish in TW14 a few times, and they always do a great job. I would highly recommend these guys.

Fairly new to this East Bedfont TW14, and ordered the rubbish collection service from this Handy Rubbish. Their friendly team did a thorough job, and well worth the cost.

Came across an advert for Handy Rubbish and hired the waste collection in East Bedfont TW14. It proves that top-quality services can be hired at a low cost, use this company they are excellent.

Can't fault this company for garden waste clearance in East Bedfont. They didn't make any fuss, despite it being a bit of a mucky job - they just rolled up their sleeves and got on with it. Very impressed with their efficiency, and wouldn't have any second thoughts about using them again.

I am satisfied with the rubbish clearance service I received in East Bedfont TW14. It was a problem-free experience that costed me very little! 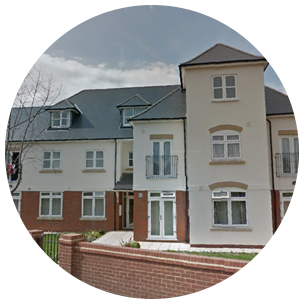 East Bedfont is part of the London Borough of Hounslow and is home to a number of places of interest. On the edge of the village green, the Parish Church of St Mary the Virgin can be found which is the oldest church in the area and dates back to 1150. There are also two manor houses that still remain in the area to this day; Pates Manor, which is located behind the church and has parts that were built in the 15th century; and Fawns Manor, which goes back to the 16th century. There are also a number of public houses here, including the Bell on the Green, which was one of the first inns to be built in the area.