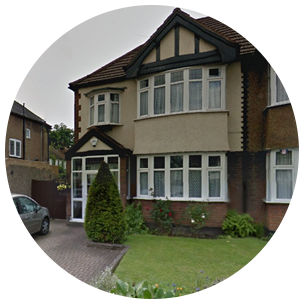 Selsdon is an area of South London based in the London Borough of Croydon. This suburb is famous for its many Art Deco houses. There are lots of shops, hair salons, banks and charity shops on the main street. One of the most notable buildings in the area is the Selsdon Park Hotel. Selsdon Clock was installed in 2007 on the Selsdon Triangle. Near the clock you can see another significant building in the area – the Selsdon Hall. There is a coffee shop which is open to the public and a hall that can be hired by private clients. Nearest railway stations are South Croydon and Sanderstead.