The image you may have of London is the historical buildings you see printed on the back of postcards. Even though there are several of those darted about the capital, what you’re more likely to find is plenty of tall tower blocks. In each of these high rises you will find flat after flat. One thing is for sure is that accessing such for clearance places is certainly no easy task. Here at Handy Rubbish we have set out to change this way of thinking forever, we have made Paddington waste clearance not only acceptable but also viable. Are you having waste clearance problems a little higher up in your property? Then it’s no problem.

As we also provide Paddington W2 rubbish removal to customers as well. We understand that many simply can’t do such tasks alone and we have made sure such never is the case ever again. Has height become your biggest enemy? Then pick up the phone and speak to our waste collection W2 team today on 020 3540 8282. We can then talk you through exactly how it is we work and what you need to get the ball rolling.

Paddington Waste Clearance By the Professionals!

Paddington may be home to some of London’s leading landmarks, but there is much more to the area than just history. The area is also home to countless flats and apartments, some of which are featured within high-rise towers. If your home happens to be a part of such a set-up, then a regular Paddington rubbish disposal W2 company just won’t be able to handle the job. This is where our specialist rubbish clearance Paddington can step-in. We understand everything that removing items from a tower block entails. When you hire us you won’t be getting some cowboy setup who will leave your items either stuck or damaged.

Here at Handy Rubbish we hire the very best staff that the industry has to offer and only implement the very latest in removal apparatus into our services. If you’ve had it up to here with the less than satisfactory service, then make a change for the good. Pick up the phone and call us today on 020 3540 8282. Do you need a written quote for your waste removal Paddington W2? No problem, just send us a quick email and we will get back to you as soon as we can. Remember, when you want the best in Paddington waste disposal for your flat and attic there really is only one name worth speaking to.

I was very pleased with Handy Rubbish, everything their rubbish disposal team did on the day in Paddington.

I couldn't believe I managed to get my builders waste collection service sorted in W2 for such a low price! I'm so glad I did my research beforehand and managed to find Handy Rubbish when I did.

Handy Rubbish's waste removal workers arrived dressed well and more than able to move our old appliances out of the house in Paddington. Will recommend.

I loved how their staff treated me very courteously. That was very important to me, and I will ensure that I hire this junk collection services once more in Paddington W2.

I was actually impressed at how quickly they managed to get the job done. They have low prices and cover the entire Paddington area.

Under no circumstance would I recommend any other garden waste clearance company in Paddington. They were totally on top of the game here! Wasted no time getting that clutter out of here.

I very much appreciated the service that I received from this company. They offer the lowest rates in Paddington W2, and also gave me a discount! Great service.

Thanks a lot Handy Rubbish! Total waste clearance of one of the shabbier parts of Paddington! Top job.

Required a rubbish removal service for my mum's house in Paddington. Guys were cheerful and commendable. Good service. 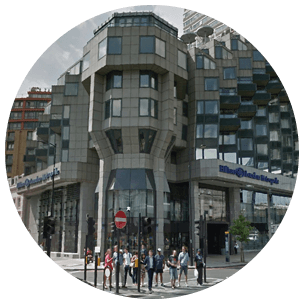 Westminster features countless districts, some of which are definitely famous, but arguably none are more famous than Paddington. The once metropolitan borough plays home some of the capital’s most decorated landmarks, these include Paddington Railway Station (which was designed by Isambard Kingdom Brunel), Paddington Green Police Station (the highest level security police station in the UK) and St. Mary’s Hospital. However, Paddington isn’t an area that rests solely on its history, as there are regeneration plans in place under the name of Paddington Waterside. This should see the former railway canal be regenerated under a new development. Paddington as an area also holds a special place in literary and film history as well. Many authors and filmmakers have an affinity for the area, as it features in such classics including A Spurious Brood, Paddington Bear, The Blue Lamp, and Never Let Go. Plenty of famous individuals have hail from the area too, including Alan Turning, Joe Cole, Joan Collins, Les Ferdinand, Elvis Costello, Seal, David Suchet, Keifer Sutherland, and Emma Thomson. When thinking about Paddington, odds are you’ll be left wondering what there isn’t to love about it.