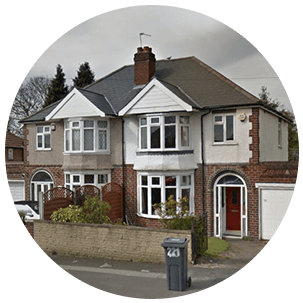 Nestled in the Erdington constituency of Birmingham, Short Heath is a small area in the B23 postcode area. It’s near to Perry Common and Stockland Green and is located a convenient half mile away from Erdington railway station. The ‘short heath’ that the area gets its name from was a sandy and pebbly soil land area east of Turf Pits Lane. The land these days is more verdant, and Short Heath Park proves that. The Park is a wide open space with play areas and woodland areas. Jerry’s Lane Hovel is an eighteenth century Grade-II listed cottage owned by a farm labourer. It survives to this day, having been restored and sold on as a private residence.