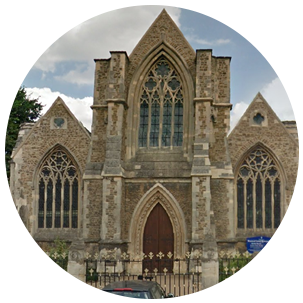 Snaresbrook is a suburban district in the London Borough of Redbridge, with small parts of area lying within the London Borough of Waltham Forest. It is adjacent to South Woodford, Epping Forest, Upper Leytonstone, Wanstead and Walthamstow and bears the E11 postcode. The most notable landmark in the suburb is the Snaresbrook Crown Court. It was originally opened as an Infant Orphan Asylum. Later it was turned into Royal Wanstead School. The school was designed by William Bonython Moffatt and Sir George Gilbert Scott. Forest School in Snaresbrook was used as a setting of the movie Never Let Me Go. The area is served by the Snaresbrook tube station.