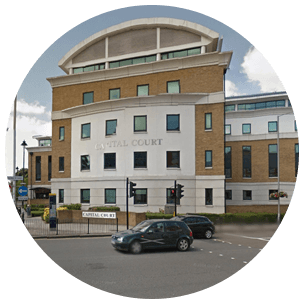 The area is a large town in West London located within the Borough of Hillingdon. It is one of thirty-five major centres identified by the London Plan and uses the UB8 and UB9 postcodes. With a population of around 25,000 people, it is closely located to UB3, UB4, UB7, UB10, UB11 and SL0 districts, which contain Hayes, Harlington, Yeading, West Drayton, West Drayton, Deham, Stockley Park and Iver. Occupation in the area dates back to the 7th century, when the Wixan tribe lived here, though there is also evidence of Saxon and Bronze Age artefacts here. The area played a significant part during the Civil War when it was used by the Parliamentary Army and Charles I met here to discuss peace terms. Development is common in this area. Since the early 19th century, new buildings have been erected to add new homes and features to the town, some of which are now listed buildings. There are several shopping centres here. The Civic Centre and the Hillingdon Sports and Leisure Complex opened in 2010. There are a few major businesses operating from the UK here such as The Coca-Cola Company and Apple.